Frogs in the genus Amnirana (family Ranidae) present an ideal system for exploring the relationship between diversification and geography across sub-Saharan Africa because of their wide distribution spanning many potential biogeographic barriers and historical forest refugia.

Using multiple loci from the mitochondrial and nuclear genomes, we generated a highly supported species-level phylogeny that supports both the monophyly of African species of Amnirana and provides insight into relationships among these species. Large-scale sampling across the distribution of two widespread species, A. albolabris and A. galamensis, reveals undescribed cryptic diversity. Populations assigned to A. albolabris in western Africa are more closely related to A. fonensis and require recognition as a distinct species. Similarly, based on findings that populations of A. galamensis from the East African coast are genetically divergent and morphologically distinct, we elevate a previously recognized subspecies.

We find that the biogeographic history of African Amnirana is complex and marked by several dispersal and vicariance events, including between West and Central Africa across the Dahomey Gap. In addition, the phylogeny reveals that the Lower Guinean Forest region has served as an important center of both interspecific and intraspecific diversifications for Amnirana, including for species endemic to this region 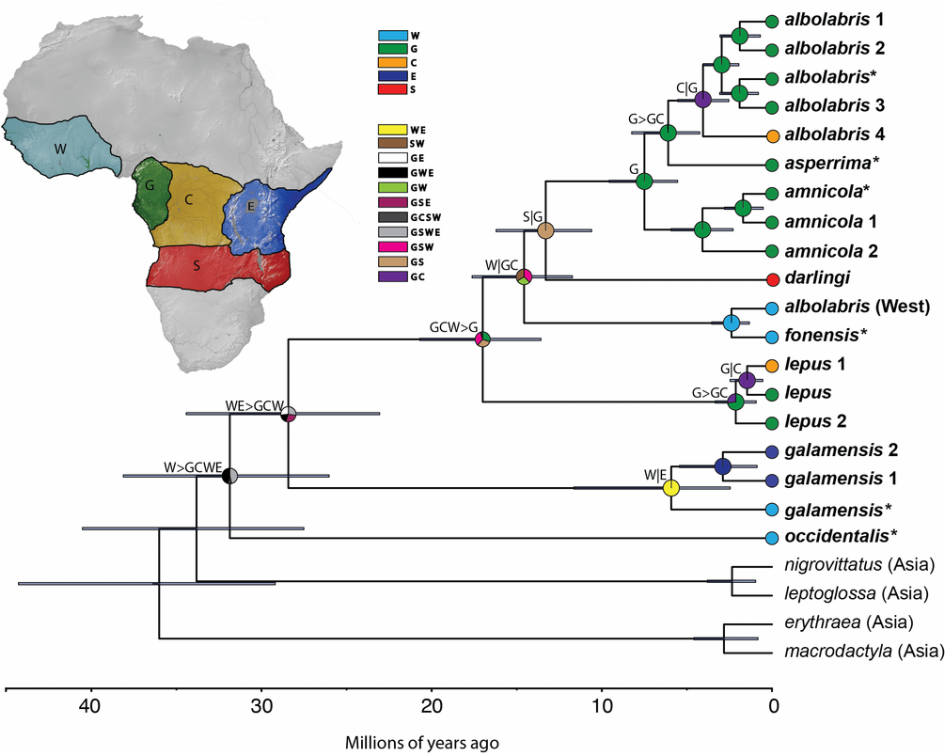 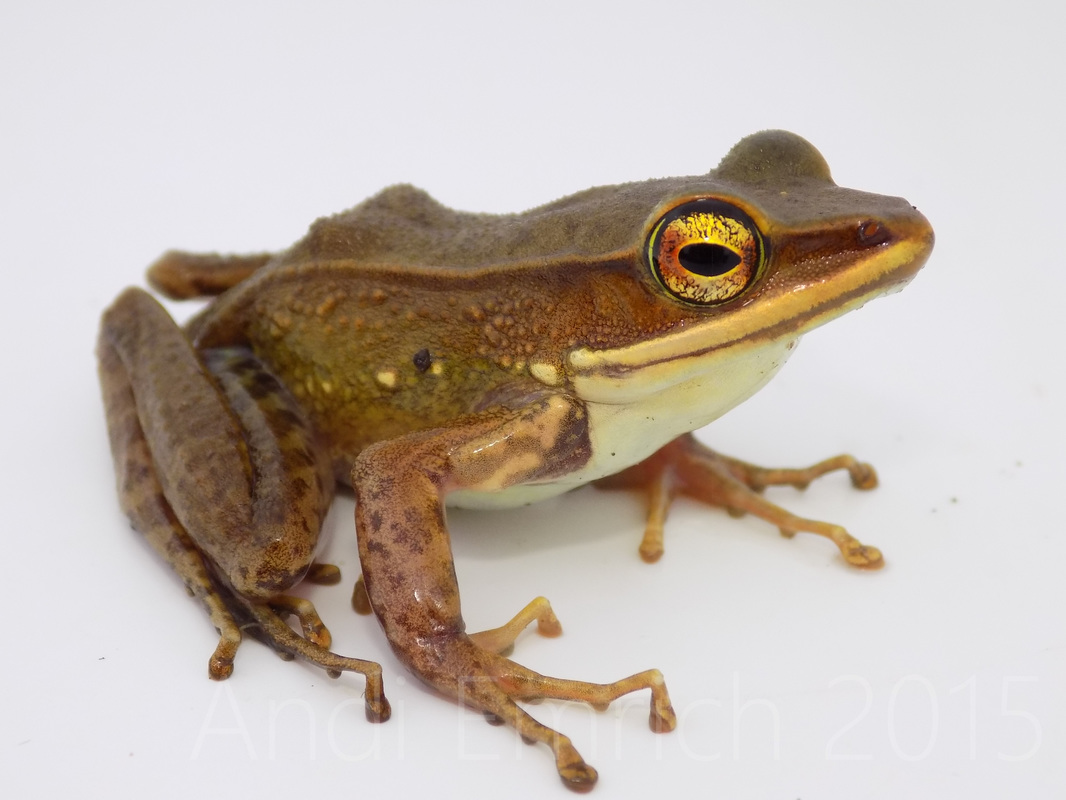